Mr. Holzgrafe joined the Westervelt, Johnson, Nicoll & Keller, LLC firm in September 1973 shortly after graduating from Georgetown University Law Center earlier that year. Upon successfully sitting for the Illinois Bar Exam that summer, he became an Associate Attorney with the firm until becoming a Partner a few years later and, upon reorganization of the firm as a limited liability company he became a Member.

Mr. Holzgrafe’s primary focus of practice involves estate planning and estate administration, commercial and residential real estate transactions and development, and general corporate and business matters on behalf of numerous business organizations. His general corporate and business matters practice includes both advice and representation involving the organization of such entities, advising on their ongoing operation, and transactional matters, both on behalf of clients who acquire other entities as well as on behalf of clients who sell such entities, and planning for ownership succession.

During his nearly 40-year career with the Firm Mr. Holzgrafe has handled the planning and administration of both multi-million dollar estates as well as more modest estates. Regardless of the size of a particular matter, the client’s needs are considered paramount. In his business practice, Mr. Holzgrafe was instrumental in the organization of one of the first shared ATM networks in the nation, at a time when ATM first began to appear. He has continued his involvement in the electronic fund transfer industry and has been involved in the merger of regional networks. His real estate development work included one of the largest up-scale developments in the Tri-County area. 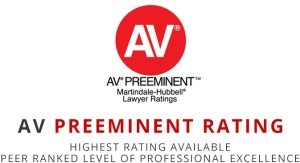